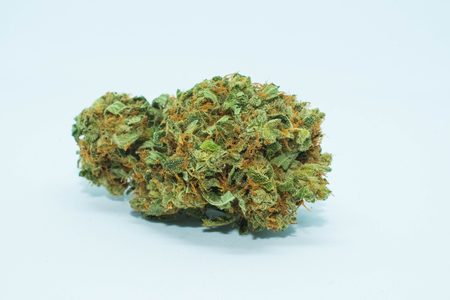 Super Silver Haze, produced by the prolific Green House Seed Company, is a rising star in the international cannabis community. The award-winning sativa blend combines the best traits of its three parent weed strains to foster a relaxing yet invigorating sativa-style stone that doesn't neglect the strain's indica tendencies. Medical and recreational users alike recruit Super Silver Haze for a multitude of purposes.

Super Lemon Haze strains can range from 16 percent to 23 percent THC; however, Green House Seed Company clocks the THC in at 19.11 percent.

Super Silver Haze takes effect infamously quickly and is considered by some as the fastest-hitting sativa in the cannabis world. The quick hitter matches its speed to its longevity. Super Silver Haze's energetic burst transcends throughout the body to foster a pleasant sense of relaxation. The strain simultaneously enhances the mood, sense of creativity and can effectively stimulate an appetite.

Adverse effects are few but most commonly manifest as dry mouth, dry eyes, and paranoia when consumed in large amounts.

The Lineage of Super Silver Haze

The Green House Seed Company is an internationally renowned seed bank operated by the owner, founder, and "The King of Cannabis," Arjan. The seed bank currently produces a feminized version of the Super Silver Haze for other cannabis producers and growers. The strain is a combination of Skunk, Northern Lights, and Haze. The three-sativa combination combines the strength of various landrace strains from Mexico, Colombia, Thailand, India, and Afghanistan.

When grown indoors, Super Silver Haze seeds will flower within 10 to 11 weeks. Plants can produce up to 800 grams per square meter indoors across networks of long branches. Its buds tend to be dense and layered with a thick layer of trichomes. The strain's appealing look and smell contribute to its rising popularity in US cannabis circles.

Super Silver Haze seeds can also grow well outdoors. In the northern hemisphere, the strain can be expected to flower by mid-October and produce high yields around 1500 grams per plant. Super Silver Haze does best in tropical, subtropical, and temperate climates.

Where to Find Super Silver Haze

Super Silver Haze is abundant in states like California, Washington, and Oregon.

Check with your local dispensary to see if they have any Super Silver Haze on their shelves, here!