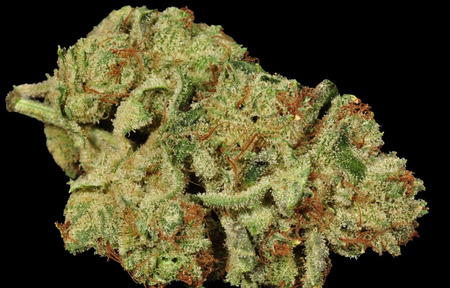 Scott's OG is a potent indica-dominant hybrid with a premier lineage. It is renowned for its heavy body high effects and delicious taste. Scott's OG is particularly popular amongst seasoned consumers. Its high packs a punch and is not an ideal strain for beginning consumers. It is a smooth smoking strain with an herbal, lemon, and spicy flavor profile.

Scott's OG is a fire Kush child bred for potency. The average THC content is around 20 percent to 26 percent THC. Its variety of therapeutic uses make it a well-sought after strain. On top of having a mighty high, Scott's OG simply tastes great! This strain plays to the classic Kush flavor consumer's desire. Even novice growers like having Scott's OG around.

Consumers describe the high from Scott's OG as being euphoric, happy, and relaxing. It is an ideal strain for a night in watching movies or chowing down on a large meal. When consuming high doses of Scott's OG is common for the effects to become sedating. Beware, this strain is also known for causing some serious munchies.

The adverse effects of Scott's OG are mild. Some consumers report feeling paranoid or dizzy when consuming large amounts. The more common adverse effects are grogginess and red eyes.

The Lineage of Scott's OG

Scott's OG is an easier strain to grow and is ideal for new growers. It does not have the strongest yield, but its quality buds are well worth it. Scott's OG has a quick turnaround and only takes about 50 to 60 days to flower. It is well-suited for both indoor and outdoor environments and only grows to around 45 inches tall. This strain is perfect for those indica lovers who want a little quality homegrown.

Where to Find Scott's OG

Scott's OG is most common in states like Colorado and Washington. From time to time it is also known for making appearances in Oregon.

Check with your local dispensary to see if they have any Scott's OG on their shelves, here!