The story of Washington state's marijuana laws starts almost 100 years ago in the 1920s. As one of the first states to criminalize the use of cannabis, Washington first outlawed the possession of marijuana in 1923 with a penalty of up to 10 years in prison. While many welcomed the ban, critics have suggested that the law was the result of xenophobic fears towards the drug's largely Mexican-American user base who were immigrating into the state in growing numbers.

Learn more about marijuana in Washington

It wasn't until 1979 that the long march to legalization started when Washington courts recognized the benefits of medicinal cannabis in the case of State v. Diana. In the appellate ruling, the state set precedent by recognizing the benefits of marijuana use for the treatment of debilitating diseases such as multiple sclerosis. 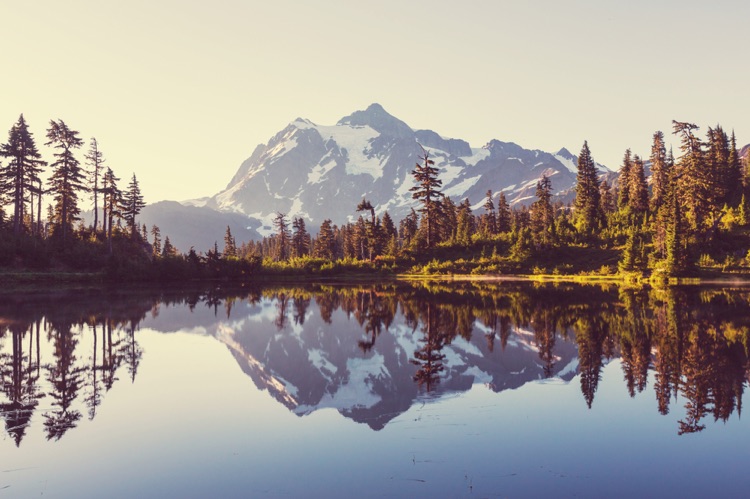 It wasn't until 1979 that the long march to legalization started when Washington courts recognized the benefits of medicinal cannabis in the case of State v. Diana. In the appellate ruling, the state set precedent by recognizing the benefits of marijuana use for the treatment of debilitating diseases such as multiple sclerosis.

Even though marijuana remained illegal across the U.S., the 1990s saw a proliferation of cannabis clubs and co-ops, the first so-called "dispensaries," and in 1995 the Green Cross Patient Co-op -- a Bainbridge Island staple and beacon of hope for patients with AIDS, various forms of cancer and other central nervous system diseases such as MS -- became the first marijuana dispensary in the country to be raided and shut-down by law enforcement.

Following the dust-up and protracted legal battle over the validity of Green Cross Patient Co-op's operation, Washington state in 1997 held its first medical marijuana vote, but the referendum was defeated with 60 percent voting against the new law.

However, the very next year, in 1998, a reduced initiative that sought to decriminalize medical marijuana, thereby protecting patients in their purchase and use of cannabis, as well as giving powers to doctors to prescribe and treat patients with marijuana, passed with 59 percent of the vote.

In the following years, several promising Washington state marijuana laws either died in committee or at the signature-gathering level, but on November 6, 2012, Initiative 502 was passed by voters 56 percent to 44 percent, which legalized the possession of up to an ounce of marijuana, as well as the licensing of growers, distributors and sellers. 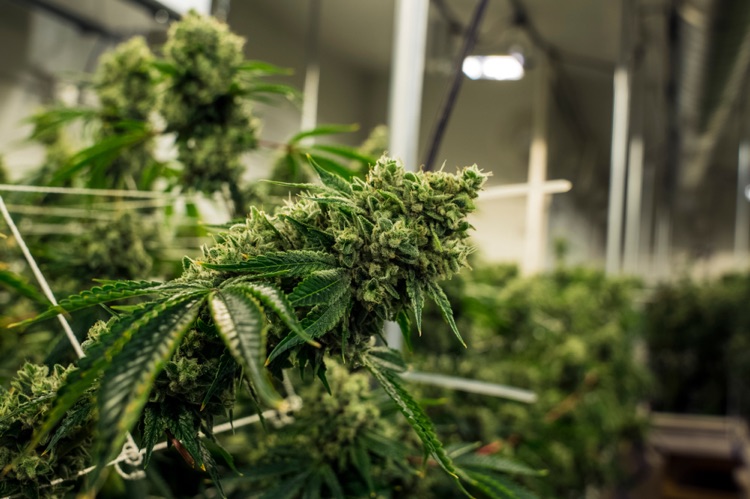 On December 6, 2012, Washington became the first U.S. state with active recreational marijuana use laws, and 19 months later the first marijuana stores opened their doors to the public on July 8, 2014.

In 2015, the Washington state legislature approved the Cannabis Patient Protection Act, which consolidates much of the tax and regulatory structure of the state's medical and recreational marijuana markets. Though the measure enhances medical marijuana legal protections, the CPPA requires patients to pay the standard retail excise tax -- a 20 percent increase.

Together with Initiative 502, the CPPA lays the groundwork for the limits and penalties associated with Washington state marijuana laws.

Washington currently allows both the medicinal and recreational sale and use of marijuana.

Recreational sales are restricted to adults aged 21 and older, while medical marijuana cardholders must be 18 or older to register with the state's medical marijuana program. Medical marijuana patients under the age of 18 may apply, but they have to meet additional requirements such as registering a parent or legal guardian that is at least 21 years old.

Is weed legal in Washington?▼▲

Where are the dispensaries located in Washington?▼▲

Dispensaries can be found across Washington, with most state jurisdictions permitting licensed cultivation, manufacturing, and retail sales of cannabis. To date, a total of 10 municipal governments have (a) limited the number of marijuana licenses issued, (b) placed a moratorium on retail sales and licensure of businesses, or (c) out-right prohibited the operation of retail cannabis facilities within their jurisdictions.

Are the Washington dispensaries recreational or medical?▼▲

As federal drug laws still identify marijuana as a Schedule I drug -- along with heroin, LSD, ecstasy, methaqualone and peyote -- most banks and credit processing companies are reluctant to work with marijuana businesses due to the potential of federal interference. Thus, most Washington dispensaries are cash-only, though it is common to see on-site ATMs. Some dispensaries also allow debit card purchases, but run the card as an ATM transaction, so watch out for those fees.

Unlike most legal states, Washington state marijuana laws do not allow residents to grow marijuana in their residence or anywhere else.

All recreational users aged 21 and older, as well as medical marijuana patients who choose not to register with the state's medical authorization database, are able to purchase and possess up to:

Authorized medical marijuana patients, on the other hand, can purchase and possess up to: Any individual found to be possessing more than the legal limit is subject to misdemeanor or felony charges, fines up to $10,000, and up to five years in prison.

Can you go into a dispensary when you're under 21 in Washington?▼▲

While some dispensaries have admittance rooms when you first enter, you will not be allowed into the retail part of the dispensary without a valid, 21+ ID. The exception is card-carrying medical marijuana patients with the approval of a parent or legal guardian.

How old do you have to be to purchase marijuana in Washington?▼▲

According to Washington state weed laws, you must be at least 21 years old with a valid ID to purchase marijuana.

Do you need a medical card to buy from a dispensary in Washington?▼▲

No. Most marijuana dispensaries in the state will sell marijuana to anyone with a valid, 21+ ID.

Do you need a medical card to enter a dispensary in Washington?▼▲

If it's one of the many recreational or combined recreational/medicinal dispensaries, you only need a valid ID, though some products and purchase limits will not available to non-card-members.

According to Washington state marijuana laws, possession limits are equivalent to the purchase limits in the state.

Therefore, recreational users and non-registered medical marijuana patients can possess up to:

While registered medical marijuana patients can possess up to:

According to Washington state weed laws, consumption of marijuana is prohibited in all places that are "in public view," making private residences the best place to toke up.

However, the proliferation of marijuana-friendly hotels, bed and breakfasts, inns and hostels that operate across the state are challenging the notion of exclusive home use. Additionally, Airbnb has several listings that are touted as being 420-friendly.

For some fun things to do in Seattle while high, and even information about weed weddings, check out our blog.

All licensing of marijuana cultivation in the state of Washington is governed by the Washington State Liquor and Cannabis Board.

As of July 2018, Washington has issued 1,322 licenses for marijuana producers and processors in the state.

Washington state weed laws dictate that medical marijuana patients who voluntarily choose to register with the state's marijuana authorization database are eligible for increased possession limits and are allowed to grow up to 15 cannabis plants at home, depending on a physician's recommendation, and to store up to 16 ounces of harvested marijuana.

Patients who have not registered with the state are only allowed to grow four plants with a maximum of six ounces of harvested flower.

How many plants can you grow in Washington without a medical card?▼▲

Recreational patients are not eligible to grow cannabis at home -- personal cultivation is only granted for medical marijuana cardholders.

Anyone caught growing cannabis without a valid medical marijuana card is subject to felony charges, up to $10,000 in fines and up to five years in prison.

Washington state cannabis laws allow for the transportation of marijuana within the state as long as the total amount of product does not exceed the legal limit for possession.

However, keep in mind that bringing marijuana from Washington to neighboring Oregon, another legal state, is felony drug trafficking, so don't do it.

Is Marijuana Delivery Legal in Washington?▼▲

Marijuana and Driving in Washington▼▲

Just like with alcohol, driving under the influence of marijuana is illegal. Doing so can land you in jail and cost you your driver's license.

According to Initiative 502, the presence of THC at a rate above five nanograms per milliliter of blood qualifies as intoxication and can be used as evidence of criminal behavior. It is important to note that the metabolite THC-COOH, or carboxy-THC, is not tested for impaired driving.

Due to increases in cannabis-related traffic incidents, Washington state continues to evolve strategy when it comes to impaired driving and cannabis use, placing priority on ensuring public safety.

Whether you're looking for a new dispensary in Vancouver, a 420-friendly doctor in Spokane, or to find the perfect place for your next Seattle cannabis event, Leafbuyer helps you find the right dispensaries and services in Washington state. Just click the links below or use our interactive map!

Whether you're looking for a new dispensary in Vancouver, a 420-friendly doctor in Spokane, or to find the perfect place for your next Seattle cannabis event, Leafbuyer helps you find the right dispensaries and services in Washington state. Just click the links below or use our interactive map!

These Washington favorite dispensaries feature Leafbuyer deals that you won't want to miss!

For the best Washington weed deals, Leafbuyer has your back. You can search by dispensary, product, strain, brand, and price, and we also carry marijuana storage containers and marijuana growing supplies, clones and seeds if you'd like to try your hand at growing marijuana at home. So whether you're looking to buy marijuana flower in Washington, buy edibles in Washington, or buy concentrates in Washington, we've got you covered. Just click below or use the search button up top.