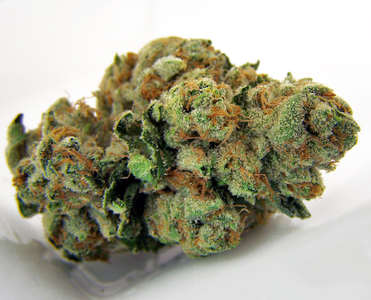 Sour Alien is a premium indica-dominant hybrid with a robust set of parents to make up its genetics. This strain is considered a 60% indica and 40% sativa. That said, the effects are relatively balanced, but its body high tends to stick out more. Consumers and patients are very fond of this strain for its pleasant high and excellent flavor. Sour Alien is known for having a flavor profile that is earthy, skunky, and piney. This strain is an overall stellar choice for many different types of consumers!

Sour Alien is a 60/40 indica-dominant strain that is easily a go-to for many consumers and patients. Its unique flavor and aroma are enjoyed with every puff. Sour Alien may not be the highest testing strain, but its balanced effects and taste make up for it. The average THC content of this strain is around 14%-18% THC. Even though it is an indica-dominant strain, the sativa-like effects tend to show. Just be wary of smoking this strain after going to the grocery store, you might clean out your cabinets!

Sour Alien is a top-shelf recreational cannabis strain. With its rounded genetics and unique flavor, Sour Alien provides consumers with a euphoric, relaxing, and happy experience. Sour Alien is also known for causing some serious munchies! The high from Sour Alien is not too potent but, is a mellow high that is perfect for many consumers.

There are not many adverse effects from Sour Alien. The most common are the usual dry eyes and cotton mouth. Some consumers have reported feeling paranoid and anxious, but these are not very common effects.

Sour Alien is the child of two popular cannabis strains. When Sour Diesel is bred with Alien Kush, you get the renowned Sour Alien! Its heritage is the source of Sour Alien's unique flavor and balanced effects.

Beginner growers who are looking for a strain to invest some time in to should start with Sour Alien. While this may be a more straightforward strain to cultivate, it does take some patience. The flowering time of Sour Alien is around 65-75 days. This flowering phase is longer than a lot of strains, but the yield is well-worth the wait. Plus, Sour Alien makes your entire grow room smell wonderfully! Sour Alien is an ideal strain for those just getting started.

Where to Find Sour Alien

Sour Alien can be found in many of the legalized states. In particular, Sour Alien is most abundant in states like Colorado and Washington!

Check with your local dispensary to see if they have some Sour Alien on their shelves here!