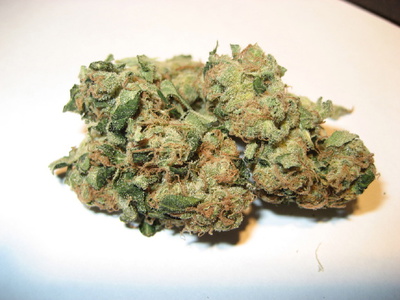 The iconic taste and smell of Sour Diesel may be responsible for the allure of this genetic, but it is far from the only thing the strain brings to the table. Stock up this is a strain you are not going to want to run out of.

There are plenty of strains out there that people would consider to be a classic, but Sour Diesel may take the cake. It is omnipresent in cannabis culture, and for good reason, it is as close to perfection as you are likely to find.

Sour Diesel is an extremely common sativa-dominant hybrid strain of marijuana with a high THC content. With a reputation as a mix between cannabis and caffeine, this uplifting strain is a popular option for anyone seeking a classic dose of leafy healing greens.

When it comes to an attractive appearance, Sour Diesel is one of the best examples of quality bud there is. The appearance of Sour Diesel may be enough to gain some followers, but its smell and taste are what really tend to turn heads. This strain is extremely pungent, perhaps more so than the vast majority of cannabis genetics available today.

Open the jar, and you will instantly be hit over the head with aromas of jet fuel and skunk - either a good or bad thing depending upon who is nearby. Grinding a nugget of Sour Diesel is perhaps the best way to enjoy its aromatic profile, as heavy citrus notes of orange and lemons emerge. These profiles carry straight into the flavor of the smoke or vapor given off by Sour Diesel, framed nicely by sweet notes of box spice.

Sour Diesel is enough to take effect after only a single toke, bringing out strong qualities associated with the classic stoner vibe. The high is fast and short-lived, though re-consuming brings it straight back up after the initial effects have worn off.

Among increasing happiness, battling stress, and a cerebral, right-behind-the-eyes energetic uplift. It can be couch-locking rather than motivating (especially after heavy usage), which makes for a perfect complement to a soothing day beachside.

Though there are many positive effects, Sour Diesel can also cause negative reactions such as dry mouth, dry eyes, and slight paranoia, thanks to its high THC content. Be sure to drink water and pack eye drops to combat these issues.

Like many other cannabis strains that have become immensely popular in recent years, Sour Diesel is a hybrid that leans slightly on the sativa-dominant side. It takes its lineage from the potent hybrid Chemdawg 91 and a heavy indica called Super Skunk, the latter of which contributes largely to the strain's potent smell.

Sour Diesel most often manifests itself as soft, fluffy buds that are lime-green in color and flanked by olive-colored leafy material. Orange-red hairs dominate, juxtaposed with a borderline excessive amount of crystallization that gives the flower a distinct stickiness. Some might believe the strain to be undercured due to its inherent moisture content, though it should be expected to have a fair bit of give to it before snapping

Having taken root in the early 1990s, Sour Diesel has since become a legendary genetic win over just about everyone who experiences it for the first time. This strain is rumored to have come from New York City, though it can be grown anywhere that has mild to warm temperatures, above 68-degrees and below 85.

The plant does best when grown in soil indoors, especially in climates that are mild to warm, such as a 70-degree California day where it reaches serious heights and flowers in just under 80 days. Since Sour D is sativa-dominant, it grows to tall and lanky heights. A moderate yield can be produced in about 10 weeks, sometimes with heavier success when the growing method is perfected. The process requires moderate-to-difficult techniques, such as pruning, topping, and training in order to maintain control of the plant.

Where to Find Sour Diesel

Sour Diesel is a nationally known strain and has become a common presence throughout cannabis communities. It can be found throughout legalized states, with high popularity in cities such as Portland, Oregon; Los Angeles, California; Denver, Colorado; and Seattle, Washington.