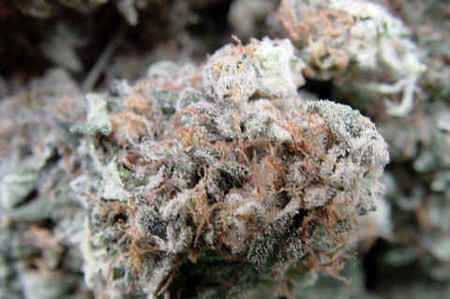 The Sensi Star strain packs a powerful punch that impacts both the mind and the body. Sensi Star can ease your muscles and help you settle into the couch. The strain adds a kick with a sativa-style stone that may lift your mood and add energy to your experience. Both old school stoners and new age smokers are fans of Sensi Star for its tendency to overtake the consumer.

This world-renowned strain is a classic due to its full-body high and heavy-hitting THC. The Dutch seed bank, Paradise Seeds of Amsterdam, bred Sensi Star. Since the Sensi Star first came on the market, it has won accolades from veteran cannabis organizations, including the High Times and High Life cups in 1999. The strain was awarded at these cups again in 2000, 2003, 2004, 2005 and 2009. THC levels for Sensi Star varieties can reach the 20th percentile. Genetically, Sensi Star is a 90 percent indica, 10 percent sativa hybrid.

Sensi Star is the strain that first put Paradise Seeds seed bank on the cannabis world map in the 1990s. Since its introduction, Paradise Seeds claims that Sensi Star has won more than 15 cups in significant cannabis competitions.

The indica hybrid is famous for its subtle head high and buzzing body stone. Sensi Star's high takes over the body and is labeled by few as a "hit it and quit it" strain after your initial puffs. However, after smoking small amounts of Sensi Star, users can feel their muscles, and their mind relax. Paradise Seeds claims that Sensi Star is the strongest indica you will ever encounter.

The strain's most common adverse effects include dry mouth and dry eyes. Less common effects include paranoia, dizziness, and headaches. Users also report a sense of fatigue associated with the strain.

The Lineage of Sensi Star

The growers at Paradise Seeds have not explicitly shared the strain's genetic origins. It's thought that Sensi Seeds originated mostly from an Afghani indica but packs a mild sativa stone.

When grown indoors, Sensi Star will flower within 56 to 53 days. Outdoor plants should be ready to harvest by early April or early October, depending on the location. Outdoor plants can yield up to 500 grams while indoor plants produce slightly less cannabis, around 350 to 450 grams. Sensi Star nugs are compact, potent, and coated with a hefty amount of resin. Colas should be hard and covered with enough resin to stand out in the dark.

Where to Find Sensi Star

Consumers can find Sensi Star in states like Oregon, Washington, Colorado, and Arizona.

Check with your local dispensary to see if they have any Sensi Star on their shelves, here!