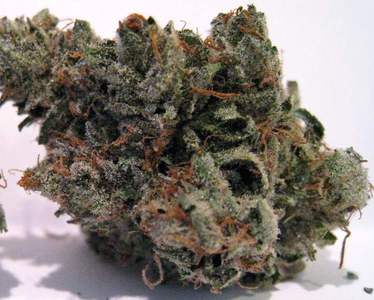 An award-winning strain created by DNA Genetics Seeds, LA Confidential delivers above all a sense of relaxation. You may not want to sleep, but you probably won't be getting any work done since its combination is created from an almost pure indica plant (OG LA Affie) and a pure landrace indica (Afghani). LA Confidential is one of those strain that begs you to Netflix and chill while taking in its euphoric and happy feeling. The sedating, psychedelic effects are a slow rise. While it's a highly sought-out strain, it doesn't produce that high of a yield.

LA Confidential is a commercial seed strain that is often grown from clones. Its THC content has reached 25.5% but averages about 19% with 0.1% CBD and is just short of 100% indica. In the 1990s, LA Confidential was noticed worldwide when rap artists like Snoop Dogg threw the name in while spitting rhymes (90s slang) in their music.

This strain has won many awards, including first place for indica in the international Cannagraphics Cup in 2004, second place in the 2005, and third place in 2004 for indica at the High Times Cannabis Cup. While dense inside, it is covered with fluffy medium-green leaves and ranges in size from medium to large. The bud is also covered in orange hairs and white crystals.

A person using this strain will experience a sedated, euphoric feeling. Happy and chilled, your body may tingle as the high slowly rises. After users are relaxed by it, they tend to want to lie down after it's in their system for a while.

This strain is like most others when it comes to the negative effects. It could possibly leave someone dizzy and paranoid with dry eyes and mouth.

The Afghani landrace originated in the mountains of Afghanistan. These dark green indica plants are covered in white crystals and have an average of 22% THC. It's typically used to make hash since it's extremely resinous. It's easy to grow in warm and sunny outdoor climates, and it's resistant to common molds and mildew.

OG LA Affie may have some sativa genetics, but it is almost a pure indica hybrid. It possesses up to 22% THC, and it's known to be very potent. It flowers indoors in 7-8 weeks. Outside, it needs to be in a warm climate and harvested by early October. Its yield produces 12-16 ounces per square meter.

This stout plant grows plentiful in about 7-8 weeks, growing 3-4 feet. It is adapted to grow indoors but can also grow in a greenhouse. It is resistant to pests and mold, it's easy to grow, and it's dense. LA Confidential has a medium yield, averaging between 300-500 grams per square meter.

It works well with medium NFT, hydro, and soil, and can survive in almost any condition. DNA recommends organic nutrients. Great for people with restricted space.

Where to Find LA Confidential

It's definitely something you can get in Los Angeles, but you may have luck in Oregon and Washington as well.