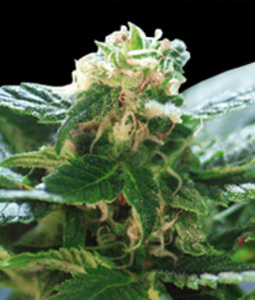 Columbian Gold is a classic sativa-dominant hybrid with some deep history in the world of cannabis. This original landrace strain first popped up in the Santa Marta mountains of Colombia. It is a rather potent old-school strain with a relatively strong high. It is a solid recreational strain, but medical marijuana patients find Columbian Gold to be particularly useful for medical cannabis cardholders. This strain was well-sought after back in the 60's, but its popularity did not last too long. Nevertheless, it is still around in certain markets throughout the United States!

A legendary strain, which many consumers have forgotten about, is the historic Colombian Gold. It dates back to the 60's and originated in the Santa Marta mountains. Its high THC content and unique flavor profile became widely popular in the United States. However, it quickly became famous for its stellar child strains. It was the ideal landrace strain for many celebrity crosses we all love today.

Colombian Gold is known for having an earthy, sweet, and lime-like flavor. With a THC content of around 18 percent to 20 percent, Colombian Gold has become extremely potent over the years. Overall, this strain deserves respect for breeding some phenomenal modern-day strains consumers adore.

Colombian Gold is a powerful sativa hybrid. Consumers describe its high as being energizing, happy, and uplifting. It is an ideal strain for getting some chores done, going on a hike, or even going to a concert.

The adverse effects of Colombian Gold are mild. The most common adverse effects are dry eyes and cottonmouth. Some consumers report feeling a heightened sense of paranoia from time to time.

The Lineage of Colombian Gold

Colombian Gold is an original landrace strain from the Santa Marta mountains in Colombia. Its closest relative is the famous Acapulco Gold. This strain is the backbone of many first-class crosses such as Skunk #1, which led to many other platinum strains we love today.

Colombian Gold is a relatively easy strain to grow. It has a crazy short flowering time and gets reasonably tall. While some growers say it is best outdoors, it still does well for indoor facilities. The yield of Colombian Gold is not the highest but is strong. Many beginning cultivators enjoy starting off with this strain for its quick turnaround and resilient genetics.

Where to Find Colombian Gold

It is no longer as popular as it once was, but it is still available in many different markets. States like Washington and Colorado are more likely to have Colombian Gold available to consumers.

Check with your local dispensary to see if they have any Colombian Gold on their shelves, here!