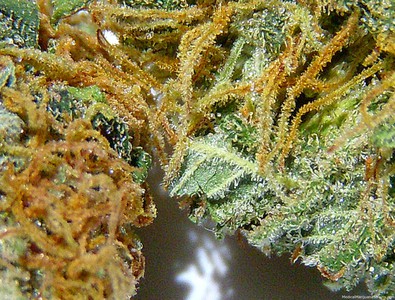 Hash Plant is a strong indica hybrid with international genetics. It's understood that a Hindu Kush strain from the Northwest coast of the United States hopped over to Holland to Sensi Seeds. The seed bank then crossed female clippings with a Northern Lights variety to create the Hash Plant smoked today. The THC content reportedly ranges from 13% to 19%. Consumers favor this strain for it's deeply relaxing high that warms the body and mind.

A plant by any other name is not as dank. Hash Plant, like its name, is a no-nonsense strain with a wonderfully earthy taste and soothing, sedative high. The award-winning hybrid strain is praised for its large yields, compact bud structure, and notes of spice in its flavor and smell, a result of the terpenes found naturally in the plant.

Hash Plant found its way from the Northwest coast of the United States to the seed bank in Holland. Since Sensi Seeds first cultivated Hash Plant in the 1990s, the strain has been mixed with other cannabis varieties and became an essential building block of the seed bank portfolio.

Once combusted and consumed, Hash Plants develops a sharp and spicy flavor profile before mellowing out into a buzzing high.

Generally, it's believed that Hash Plants is descendent of the landrace strains of the Hindu Kush mountains. The indica genetics, measured around 90%, strongly influence the strain's look, smell, and effects. When cured properly, Hash Plant bud should be tightly packed with resin and develop a layer of brittleness on the surface. The leaves of the bud should be a darker, green color and be embedded with red hairs.

Sharing similar traits with its genetics ancestors, Hash Plant emits a slightly harsh but deep, hashish scent. Smokers can also find notes of wood, earthiness, spice, and even a sweet element in the plant's scent. However, the unique scent is not overly pungent like some cannabis varieties.

Hash Plant is a classic strain from Sensi Seeds, the famous seed bank, and breeders hailing from Amsterdam. Sensi Seeds first received the strain via cuttings from a female plant. Sensi Seeds then carefully crossed the clippings with Northern Lights father strain.

Indoor yields of the strain are reported to range between 100 and 250 grams per square meter. Sensi Seed reports that Hash Plant seeds can produce large yields and flower within 40 to 45 days. If chosen to be grown outside, Hash Plant thrives in a sunny, warm, and/or Mediterranean climate.

Where to find Hash Plant

Hash Plant has made its rounds across the world. In the US, cannabis users from both legal and medical-only cannabis markets can easily find Hash Plant, owing to the powerful body high it produces. Find it in dispensaries from Colorado to Canada, from California to Maine.

Using our SIMPLE SEARCH, you can search for strains at local dispensaries near you.