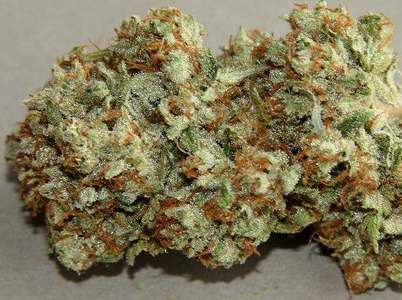 Don't let the name thoroughly intimidate you - Death Star is a renowned strain humbly bred in the American Midwest. The potent strain is known for its diesel-like smell, thick, gray coating of trichomes, and robust high (that many say packs the power of the Force). Since the strain landed a flattering featuring in High Times in 2010, Death Star has become a superstar. The indica hybrid came onto the scene in the early 2000s and was grown by, "Team Death Star," a mysterious group of growers from the Midwest. The strain made its way to the East Coast and since has gained national popularity!

Death Star is a superstar in the cannabis world. Since an illuminating feature in High Times in February 2010, the strain has gone on to win critical acclaim and Cannabis Cup awards. Death Star's regularly high THC content contributes to these experiences. Death Star routinely possesses THC portions from 18% to 20%. The most top test result reflects a 26% THC content.

The strain's taste can contain a slight, citrus kick that comes late rather than sooner. The sweet flavor arrives in waves and flows in and out of the dominant diesel taste. Death Star's taste is a mash of its parent strain's flavor profiles. Users identify Death Star by its sweet, skunky smell and fat, sticky buds.

Recreational and medical users report that Death Star, while not capable of destroying an entire galaxy, produces a numbing and intense high. The strain's effects balance between a heady-sativa high and relaxing, physical indica high. Typical effects include euphoria, relaxation, happiness, and fatigue.

The most common adverse side effect of smoking Death Star is a dry mouth. Other less-common effects include dry eyes, dizziness, and paranoia.

The Lineage of Death Star

During the growing process, Death Star gives off either a distinctive fruity scent or diesel-like phenotypes. The strain can grow well both indoors or outdoors utilizing the sea of green technique or as a multi-branch plant. Death Star seeds reportedly prefer moderate amounts of fertilizer and only available as clones. It takes the strain approximately 65 days to flower. On average, each plant yields between 25 to 30 grams per plant.

Where to Find Death Star

Since Death Star's meteoric rise in the early 2000s, the strain has become a cannabis staple throughout the United States. Death Star is the strain of choice for users across Colorado, Washington, Oregon, and Michigan.

Use the Leafbuyer SIMPLE SEARCH function to find strains, dispensaries, deals, and more!