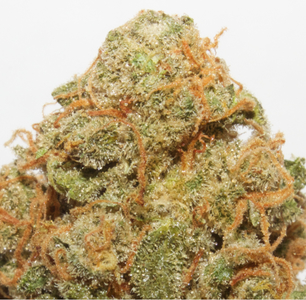 Bubblegum took many generations to stabilize, but the result is a strain with a fantastic pallet of sweet berries, skunk, and a slight bubblegum undertone. Known for its euphoric high and its multiple Cannabis Cup awards. Surprisingly, the Bubblegum strain wasn't always known for its sweet taste and bubbalicious smell. It took a couple of different variations for the strain to stabilize and cultivate its sweet, gummy taste. Bubblegum is a reasonably balanced hybrid that slightly leans towards the indica side of the spectrum.

It took a couple of years for the Bubblegum that most smokers are familiar to merge onto the market. TH Seeds perfected the sweet, sticky bubblegum smell in 1993 and had produced a stable strain ever since. The growers maintain the Bubblegum has primarily indica heritage that has been fine-tuned through inbreeding to foster the strain's most desirable traits.

Smokers will know they have a trademark Bubblegum when they detect a fruity smell, a shorter plant structure, and feel lingering effects. The strain seems to breed true and has produced successful new variations for many companies. The strain frequently wins awards, including multiple Cannabis Cup accolades since 1994.

Users favor the strain for its euphoric effects and full-bodied buzz.

When smoked, Bubblegum should create a smooth smoke that should be reminiscent of pink bubblegum. The strain exudes a mildly sweet taste that can burst with berry flavor. However, Bubblegum finishes with a skunky undertone. The indica-leaning high can last up to two hours.

Bubblegum's THC content usually clocks in at 15.5% but can reach up to 19.1%. When smoked, Bubblegum can lift users' moods and induce an enjoyably hazy, lazy high. The strain can spark creativity and won't leave a user uncomfortably couch-locked. Other common side effects include happiness, relaxation, and hunger.

Negative side effects can include paranoia, anxiety, dizziness, dry eyes, and dry mouth.

The strain initially was developed by growers in the Midwest from an Indiana variety and an unknown indica strain.

Bubblegum plants are shorter and reach a maximum height of around 160 centimeters. The strain is considered relatively easy to grow but does best when cultivated indoors. Beginners are advised to tackle this strain with precision and carefully clip the plants to control the height. It typically takes Bubblegum plants 55 to 60 days to flower.

Plants typically produce between 350 and 500 grams per square meter. Those that are concerned with discretion should note that Bubblegum exudes a strong, fruity aroma that is difficult to hide.

Where to Find Bubblegum

Bubblegum is the bud of choice across dispensaries in Oregon, Washington, Colorado, and Michigan. The strain is popular in cities like Las Vegas, Phoenix, and Denver.