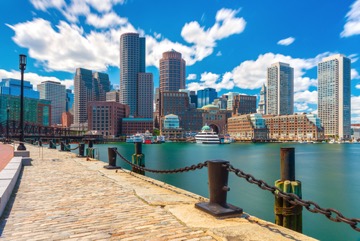 But it wasn't always this way.

Believe it or not, Massachusetts sits in the unenviable position of being the first state to criminalize marijuana use in 1911 by requiring a prescription for the purchase of Indian hemp. Many states followed over the next two decades amid sweeping prohibition trends that culminated in the Marihuana Tax Act of 1937, which banned the drug nationwide.

It wasn't until almost 100 years later that Massachusetts marijuana laws were amended with the passing of the Massachusetts Sensible Marijuana Policy Initiative, also known as Question 2, on November 4, 2008. The law, which was supported by 63 percent of voters, made the possession of less than one ounce of cannabis a civil infraction that carried just a $100 fine, down from $500 and up to six months in jail previously.

Learn more about marijuana in Massachusetts 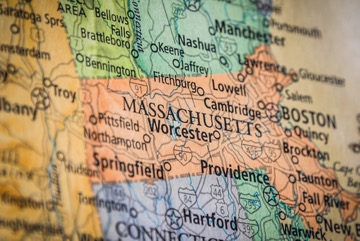 Four years later in 2016, voters approved Massachusetts Marijuana Legalization with ballot Question 4, which allowed the recreational use of marijuana for adults in the state. Going into effect on December 15, 2016, the law permits adults to possess or purchase up to one ounce of flower marijuana, cultivate up to six plants -- 12 per household -- and store up to 10 ounces of marijuana at home.

That said, while weed is legal according to Massachusetts marijuana laws, it is not legal to consume cannabis in public, including in parks, sidewalks, or public roads.

Massachusetts has spent the last decade reforming the state's marijuana laws, going from decriminalization in 2008 to recreational legalization in 2016, with an assortment of revisions in the years since.

Is weed legal in Massachusetts?▼▲

Yes, Massachusetts weed laws allow the recreational use, possession, and cultivation of marijuana for all adults over the age of 21.

In 2016, Massachusetts voters passed Question 4 with 54 percent of the vote, which made recreational weed legal in the state.

Where are the dispensaries located in Massachusetts?▼▲

As of May 2019, there are 17 recreational dispensaries in the state.

Are the Massachusetts dispensaries recreational or medical?▼▲

Due to federal banking laws, dispensaries in Massachusetts are cash-only, though most dispensaries have an ATM on site and may be able to run your purchase as an ATM transaction.

Adults 21 and older are permitted to grow up to six plants at home with a limit of 12 plants per household, according to Massachusetts marijuana laws. Furthermore, no more than six plants can be flowering at any time, but all marijuana harvested from at-home grows can be kept at home, and up to one ounce can be given away. No marijuana from a home grow is allowed to be sold for any reason.

Persons under the age of 21 are not allowed to grow marijuana, even if they are a medical marijuana patient.

Medical marijuana cardholders in Massachusetts can purchase up to ten ounces of flower marijuana over a sixty-day period and are forbidden from possessing more than 10 ounces at any one time. A patient's doctor may raise these limits if needed for proper treatment.

According to marijuana laws in Massachusetts, adults ages 21 and older may purchase and possess up to one ounce of marijuana flower or up to five grams of marijuana concentrate.

Can you go into a dispensary when you're under 21 in Massachusetts?▼▲

For all recreational dispensaries, you must be at least 21 years old to enter or purchase cannabis.

How old do you have to be to purchase marijuana in Massachusetts?▼▲

Massachusetts recreational weed laws stipulate that you must be at least 21 years old to purchase marijuana in the state from a certified dispensary.

Do you need a medical card to buy from a dispensary in Massachusetts?▼▲

No, recreational dispensaries serve all adults over the age of 21.

Do you need a medical card to enter a dispensary in Massachusetts?▼▲

No, recreational dispensaries in the state will sell marijuana to anyone over the age of 21.

Registered marijuana dispensaries, on the other hand, only serve medical marijuana cardholders over the age of 18.

Medical marijuana patients in the state can possess up to 10 ounces of flower marijuana, according to Massachusetts marijuana laws.

Recreational users, however, can only possess up to one ounce of flower marijuana, including up to five grams of marijuana concentrate.

Adults caught with more than one ounce of marijuana may face misdemeanor charges, six months in jail, and a $500 fine. If caught again, an individual may face up to two years in prison and a $2,000 fine. Oddly enough, while adults are limited to five grams of marijuana concentrate, the penalty for up to an ounce of concentrate is $100, compared to $500 for exceeding the legal possession limit for flower.

Adults may also gift up to one ounce of marijuana flower or up to five grams of marijuana concentrate to any individual over 21 under two conditions:

Unfortunately, medical marijuana cardholders under the age of 18 cannot purchase their own cannabis. Such purchases can only be made by the cardholder's parent, legal guardian or caregiver.

The public consumption of marijuana, except at venues specifically licensed for the activity, is strictly forbidden for recreational cannabis consumers, according to marijuana laws in Massachusetts. This includes smokable, edible, and topically applicable forms of cannabis or cannabis products.

Similarly, medical cardholders are restricted from smoking or vaporizing marijuana in public, but the law is silent on the consumption of edibles in public, providing a legal loophole for public consumption by medical marijuana patients.

Private residences and private property remain the best places to consume marijuana for both recreational users and medical cardholders.

Because the last application window did not assign out all available permits to growers in the state, Massachusetts is still accepting applications for grow operations.

For medical marijuana, there is no limit to the number of dispensaries, which has left the state with about 100 pending applications to join the dozen or so existing cultivators in the state.

Until October 2019, only 75 recreational grow permits will be issued in Massachusetts, with no limit after. However, no new licenses will be issued until later this year, and individual municipalities may limit the number and size of grow operations within their borders.

Massachusetts medical marijuana laws allow medical marijuana cardholders to cultivate marijuana at home or at their caregiver's residence. The authorizing physician may recommend the cultivation of more than the six-plant limit based on anticipated cardholder need for treatment. Ultimately, cardholders are expected to grow the approximate equivalent of a 60-day supply.

Adults aged 21 and over are permitted to cultivate up to six plants per individual with a maximum of 12 per household. The plants must be hidden from public view and kept locked and secure. Any person caught in violation of these provisions may have their plants confiscated and face up to a $300 fine.

Massachusetts marijuana laws allow cannabis to be transported within the state by medical cardholders, their caregivers, or adults 21 years and older; however, all marijuana must remain unopened and unused while in transport -- individuals transporting opened packages of cannabis may face up to a $500 fine.

Is marijuana delivery legal in Massachusetts?▼▲

Delivery of marijuana is legal in Massachusetts for adults and medical cardholders. Furthermore, municipalities cannot ban the transportation of marijuana on any public road.

Marijuana and Driving in Massachusetts▼▲

Just like driving drunk, driving while under the influence of marijuana is a crime, even as a registered medical marijuana patient.

Penalties for operating a vehicle while under the influence of marijuana may include fines up to $5,000, a one-year suspension of driving privileges, and up to 30 months of house arrest. Additional charges may include probation and mandated drug-abuse counseling.

It is unclear at this time whether the state intends to refine the definition of marijuana intoxication. Colorado, for instance, has enacted a five-nanogram-per-milliliter-of-blood limit for THC when evaluating intoxication, but critics say that there is no scientific way to determine marijuana intoxication due to the length of time marijuana stays in the bloodstream.

Whether you're in the market for some recreational weed or you've been a longtime medical marijuana patient, Leafbuyer can help you find the best dispensaries in Massachusetts. Search by type, rating, or service, or even for a 420-friendly doctor--just click the link below for the closest city to you. You can also browse our favorite dispensaries below or jump into our interactive map if you want to skip the lists.

For the best Massachusetts weed deals, keep it right here on Leafbuyer. You can search by product, type, strain (like Purple Dawg, Skittles, Longs Peak Blue, or Markle Sparkle, to name a few), brand and even price, so you'll be sure to get the best deal at a location that's right for you. We even have shops with marijuana growing supplies and marijuana storage containers if you're looking to give that green thumb a try. Or check out our links below to get the best weed deals in Massachusetts today!