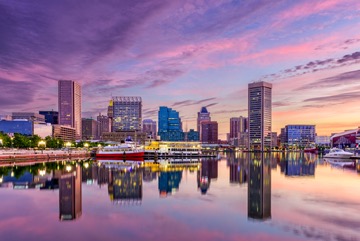 Ever since the sixties when the social and cultural movement of young adults known as hippies exploded into the public consciousness and made it acceptable, if not cool, to smoke marijuana, law enforcement has had a long and tumultuous history with what many view as a benign and relaxing stimulant.

Previously seen as the drug of choice of Mexican immigrants that had started to filter into the U.S. in search of a better life in the early 1900s, marijuana usage spiked with the growing number of hippies nationwide, so, it wasn't surprising when, in 1970, lawmakers passed the Controlled Substances Act, including marijuana as part of the bill's top classification as a Schedule I drug -- along with heroin, DMT and GHB -- all with punitive penalties to match.

And so begin the consequences of our war on drugs, and nowhere are these more apparent than in the state of Maryland.

By 2010, half of all drug possession arrests in the state were for marijuana, and blacks, who make up 30 percent of the state's population, were being arrested at a rate three times higher than whites -- even with similar usage -- under Maryland's marijuana laws.

This triggered lawmakers in April 2014 to pass a law that reduced penalties for possession of up to 10 grams of marijuana down to a civil infraction. Supporters of the bill pointed to racial inequalities in the enforcement of the law and to the increased resources that law enforcement would gain by not engaging in simple marijuana possession arrests.

In 2016, lawmakers again revised Maryland marijuana laws by passing SB 517, which reduced penalties for the possession of marijuana paraphernalia and publicly smoking marijuana in the state. In a last-ditch effort to stop the new law, then-Governor Larry Hogan attempted to veto the bill but was overruled by the Maryland General Assembly.

Learn more about marijuana in Maryland 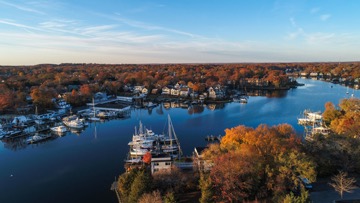 But while decriminalization was welcome, and the state in 2013 passed a limited medical marijuana bill that restricted it to academic study and monitoring of a limited number of patients, some saw the changing tide and pushed for an expansion of Maryland's medical marijuana laws.

In 2016, the Maryland Medical Cannabis Commission, after reviewing almost 300 applications, awarded 30 licenses for companies to grow and process marijuana with the largest update to the fledgling medical marijuana program since its inception. Under the law, doctors, dentists and nurse practitioners, among others, were given the authority to recommend a patient for medical marijuana.

But thanks to long delays, legal challenges, and other bureaucracy, it wasn't until December 1, 2017, that medical marijuana in Maryland finally went into effect with 8,500 patients, 550 health care providers, 14 growers, 12 processors, and nine dispensaries, which finally made it legal for medical marijuana patients to purchase cannabis in the state.

Lawmakers in 2017 also flirted with recreational legalization, introducing a bill that would have permitted the possession, cultivation, and purchase of marijuana in the state, as well as overturned prior marijuana convictions under the limits of the new law. Unfortunately, the bill was defeated, leaving the fight for recreational cannabis for another time.

In 2019, Baltimore became the first city in Maryland to stop prosecuting marijuana possession cases for any amount, no matter how large, after the state's attorney, Marilyn Mosby, argued that marijuana convictions have been a "vast and ongoing moral failure" that erodes the public trust.

Is marijuana legal in Maryland for medical use?▼▲

Lawmakers in Maryland first passed legal protections for medical marijuana patients in 2011, which allowed individuals to assert an affirmative defense if they were caught possessing or using marijuana under Maryland marijuana laws.

In 2013, Maryland lawmakers established the Natalie M. LaPrade Medical Marijuana Commission, which was tasked with creating the state's medical marijuana program. Unfortunately, the law only got as far as allowing academic studies, and access to marijuana under the program was largely nonexistent.

Despite being passed in 2013, it wasn't until the end of 2017, almost five years later, that registered patients could buy marijuana from a dispensary and were protected in the possession and use of marijuana under Maryland marijuana laws.

Is weed legal in Maryland for recreational use?▼▲

No. In 2017, legislation that would have legalized the possession of up to an ounce of marijuana and allowed residents to grow up to six marijuana plants, as well as introducing an assortment of other recreational-use regulations, was defeated by state lawmakers.

Where are the dispensaries located in Maryland?▼▲

The rules for dispensary licensing allow for as many as two dispensary locations per license, which is dictated by the Senate voting district.

The Maryland Medical Marijuana Commission has pre-approved 102 dispensary licenses -- with the possibility of up to seven more -- for a total of 109 licensed dispensaries. As of July 2018, more than 50 medical marijuana locations are operational.

Are the Maryland dispensaries recreational or medical?▼▲

The recreational purchase of marijuana in the state remains illegal, though marijuana possession and use has been decriminalized in recent years.

Due to the federal ban on marijuana, dispensaries in Maryland are cash-only businesses.

That said, most dispensaries have an ATM or two on site and may be able to run purchases as an ATM transaction.

It is not legal to grow marijuana in the state of Maryland, even if you are a registered medical marijuana patient.

Can you go into a dispensary when you're under 21 in Maryland?▼▲

How old do you have to be to purchase marijuana in Maryland?▼▲

Do you need a medical card to buy from a dispensary in Maryland?▼▲

Do you need a medical card to enter a dispensary in Maryland?▼▲

Yes, you must have a valid medical marijuana card to enter and purchase marijuana from a dispensary in Maryland.

According to Maryland marijuana laws, any person who is neither a cardholder nor a caregiver under the state's medical marijuana program caught in possession of 10 grams or less is subject to a civil fine of just $100. Any individual caught with any amount above 10 grams but below fifty pounds of cannabis may be subject to a misdemeanor charge, a fine of $1,000, and up to a full year in jail.

Medical marijuana patients, on the other hand, can possess up to 120 grams of flower marijuana and up to 36 grams of marijuana concentrates.

Cannabis smoking by registered cardholders is prohibited in any public place or while inside of any vehicle. Marijuana also cannot be consumed at a dispensary.

Additionally, while landlords may forbid the smoking of cannabis in their properties, they cannot prohibit a cardholder's use of non-smoked forms of marijuana such as edibles.

The personal cultivation of marijuana is not permitted by Maryland weed laws.

If a person is caught growing marijuana, penalties are based on total weight. If the marijuana is for personal use, any amount over 10 grams but less than 50 pounds may be subject to fines up to $1,000, misdemeanor charges, and up to 12 months in jail. If the marijuana was intended for sale by an unlicensed grower, felony charges, five years in prison, and fines up to $15,000 are possible. Possession of less than 10 grams is considered a civil infraction and carries just a $100 penalty.

A person who is not a cardholder, caregiver, or an employee permitted to transport marijuana may find themselves subject to the penalties for possession as defined above.

Is Marijuana delivery legal in Maryland?▼▲

Marijuana and Driving in Maryland▼▲

Medical cardholders and non-cardholders alike are prohibited from operating a car, motorcycle or any other motor vehicle such as a boat or aircraft while under the influence of marijuana.

For the first offense, driving under the influence of marijuana carries a misdemeanor criminal charge, a fine up to $1,000 and up to one year of imprisonment, according to Maryland marijuana laws. Additionally, stoned driving can lead to a 45-day license suspension and earn admittance into a drug and alcohol education program.

For the best dispensaries in Maryland, keep it here on Leafbuyer. No matter what part of the state you're in, we can help you find a dispensary near you. We can even help you find a 420-friendly doctor. So, whether you're new to the state's medical marijuana program or you're just looking to change things up, Leafbuyer makes it easy. Click the links below to get started.

These Maryland favorite dispensaries feature Leafbuyer deals that you won't want to miss!

For the best Maryland weed deals, Leafbuyer has your back. You can search by product, strain (like Purple Dawg, Skittles, Long Peak Blue, Markle Sparkle, or California Dream), brand, or price, so it's easy to find exactly what you're looking for. We can even help you find marijuana growing supplies and marijuana storage containers so you can be prepared for when recreational legalization hits or the state's medical marijuana laws are amended. Just click below or hit the deals tab up top.