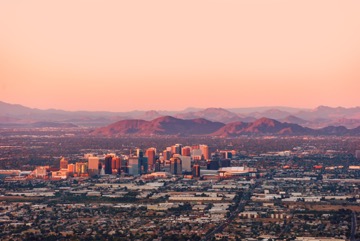 Arizona has had a tenuous relationship with medical marijuana for the past 20+ years.

It all started in 1996 when voters approved Proposition 200, which revamped Arizona marijuana laws and allowed the medicinal use of cannabis by patients with a doctor's recommendation. While it was one of the first medical marijuana laws in the U.S., joining the state of California with their passage of Proposition 215, state legislators repealed the law just months later, deferring to the Food and Drug Administration to determine the legality of medical cannabis instead of state voters, who supported the measure 2-to-1.

In 1998, Arizona voters rejected the state's reversal and reaffirmed medicinal marijuana by passing Proposition 300, though the law was largely ineffective at promoting medical marijuana use in the state due to specific language used in the bill.

Another attempt at fixing Arizona's marijuana laws was defeated by Arizona voters 43 percent to 57 percent four years later, in 2002. But, in 2010, a revised version of the same bill, Proposition 203, also known as the Arizona Medical Marijuana Act, was passed by the slimmest of margins -- just 4,000 votes out of 1.7 million, which gave supporters 50.1 percent of the vote. 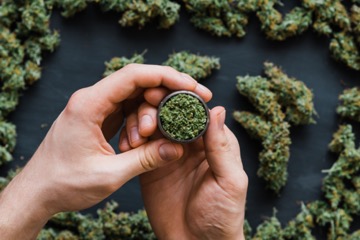 However, the state legislature again attempted to restrict the reach of the new law in 2012 by forbidding access to medical marijuana on college campuses within the state. It wasn't until 2018 that the Arizona Supreme Court intervened, ruling the 2012 law unconstitutional on the grounds that the legislature did not have the authority to amend or repeal the wishes of the voters.

In 2016, Arizona tried for recreational legalization with Proposition 205, aka the Arizona Marijuana Legalization Initiative, but it was narrowly defeated by 51 percent of voters.

Learn more about marijuana in Arizona

While not common elsewhere, Arizona also gives medical marijuana cardholders from other states reciprocity, which is a sort of legal arrangement that allows traveling cardholders access to affirmative defense while visiting. For example, if an active cardholder from Colorado was caught in Arizona with less than the possession limit as defined by Prop 203, rather than facing felony-level charges, their day would continue uninterrupted. That said, visiting cardholders cannot shop at Arizona dispensaries and recreational users are not afforded this same protection.

Is weed legal in Arizona?▼▲

Yes, but only for medical marijuana patients.

In 2016, Arizona voters rejected a measure that would have legalized the recreational use of marijuana for adults over the age of 21. One of the highest-profile state-level referendums that year, Proposition 205 was defeated by about 65,000 votes out of 2.5 million cast, 51 percent to 49 percent.

Where are the dispensaries located in Arizona?▼▲

Are the Arizona dispensaries recreational or medical?▼▲

All dispensaries in the state of Arizona serve only medical marijuana patients and are governed by Prop 203 and the Arizona Department of Health Services.

As the recreational use of marijuana is not legal in Arizona, there are no recreational dispensaries or shops in the state.

Due to the federal illegality of marijuana and the reluctance of banks and credit processing companies to work with marijuana businesses, most dispensaries in the state are cash only.

However, a growing number of dispensaries in Arizona allow the use of debit cards, which they run as an ATM transaction for a small fee. Dispensaries also usually have an ATM or two on site.

Furthermore, special precautions must be made to ensure that the public and non-cardholders do not have access to the grow, including keeping the plants in a secure, locked and enclosed space such as a room, closet, greenhouse or other area. Additionally, only 12 plants may be grown at any one time and marijuana harvested from any personal grow may not be given or sold to others.

Medical marijuana cardholders with active registrations with the Arizona Department of Health Services are able to purchase up to 2.5 ounces, or 70 grams, of marijuana every two weeks, up to a maximum of five ounces per month.

As it can be hard to keep track of these bi-monthly limits, some dispensaries have launched so-called "az mmj limit check" tools to help patients keep tabs on their usage and stay within the confines of the law.

Without a valid Arizona medical marijuana card, it is not legal to purchase, possess, transport, grow or use marijuana in the state.

Can you go into a dispensary when you're under 21 in Arizona?▼▲

According to Arizona marijuana laws, all registered medical marijuana patients can enter any dispensary, no matter their age.

However, patients under the age of 18 must have a parent or legal guardian registered with the state as a designated caregiver. Adults do not need a licensed caregiver but must be registered as a medical marijuana patient.

How old do you have to be to purchase marijuana in Arizona?▼▲

You do not need to be a specific age to purchase marijuana in Arizona, but you must be a medical marijuana patient under Arizona pot laws. For minors, you must have a parent or legal guardian designated as your caregiver and have a valid medical marijuana card.

Do you need a medical card to buy from a dispensary in Arizona?▼▲

Do you need a medical card to enter a dispensary in Arizona?▼▲

Yes, you must have a valid medical card to enter any dispensary, according to Arizona weed laws.

Medical marijuana patients in Arizona are allowed to possess up to two and a half ounces of usable marijuana, which is also the two-week purchase limit in the state, up to a five ounce maximum each month.

In June, 2018, concentrated marijuana was banned from being sold across the state.

While cannabis use is permitted for valid medical cardholders, smoking marijuana in public is prohibited, including at dispensaries, making private residences the best place to medicate.

Arizona marijuana laws also restrict the consumption of marijuana in hospitals, assisted living facilities and the like, so check with the Arizona Department of Health Services or your facility for the specific legality of special-use consumption.

As medical marijuana cardholders are not able to grow their own marijuana unless they live more than 25 miles from the closest dispensary, almost all cultivation in the state takes place by licensed growers and dispensaries in compliance with local zoning restrictions.

And due to the fact that all marijuana grows must be associated with a legal medical marijuana dispensary, there are no cultivation-only facilities.

Furthermore, though the Arizona Department of Health Services is responsible for licensing medical marijuana grows, they cannot advise on where or how to obtain seed plants or materials to grow marijuana.

If a patient lives more than 25 miles from the nearest marijuana dispensary, Arizona medical marijuana laws allow registered cardholders to grow up to twelve plants in a locked, secure area at home.

Registered caregivers growing on behalf of other patients may care for no more than five cardholders at a time and may cultivate up to twelve plants for each cardholder for a maximum of 60 plants.

Note that any marijuana harvested from home cultivation in excess of the 2.5 ounce possession limit must be stored at home.

Arizona marijuana laws only allow the cultivation by medical marijuana patients if they live more than 25 miles from the nearest medical marijuana dispensary. All other personal grows, including for recreational use, are prohibited.

For registered cardholders, Arizona medical marijuana laws allow the transportation of marijuana within the state as long as possession use limits are not exceeded. This means that patients may not carry more than 2.5 ounces of flower marijuana with them at any time.

As with all other states, you cannot transport marijuana across state lines, even if it's to another legal state such as Nevada or California, or vice versa.

Is Marijuana delivery legal in Arizona?▼▲

Marijuana and Driving in Arizona▼▲

Some illnesses, ailments, and conditions that qualify for the medical marijuana program in Arizona require constant medication, and the state of Arizona recognizes that.

For the best dispensaries in Arizona, let Leafbuyer be your guide. We've done all the hard work, sourcing products and dispensaries across the state, so whether you're looking for a specific strain, such as Purple Dawg, Skittles, Longs Peak Blue, Markle Sparkle or California Dream, or just to find a dispensary near you, we can help. Just click the links below or check out our map to get started.

If you're looking to buy marijuana flower in Arizona, buy edibles in Arizona or buy concentrates in Arizona, Leafbuyer has you covered. We've got the best Arizona weed deals, and our tips on marijuana storage containers and marijuana growing supplies can help you get started growing at home or with a certified dispensary. Just click the deals below to find the right product for you.