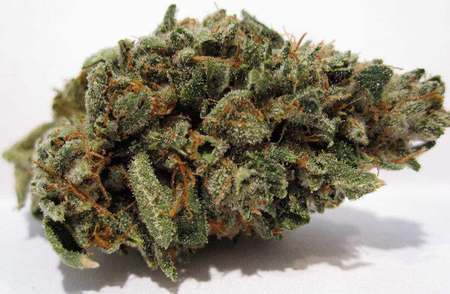 An indica-dominant hybrid capable of helping the stress of the day melt away, Skywalker comes to us as a cross between the well-loved Blueberry and Mazar strains. Skywalker, commonly mistaken for its sister strain Skywalker OG, commonly contains 15% THC and less than 1% CBD. Beyond a focused relaxation, marijuana consumers may smoke Skywalker for pain relief, depression, and insomnia. Owing to the lineage, Skywalker carries notes of sweet berries and earth. Skywalker typically flowers around 9 weeks and can be cultivated indoors easily.

A long day of Jedi mind tricks can wear a person out. Have no fear with Skywalker at your side. Perfect for easing any pain or stress gains added during the day, Skywalker is known for being a true heavy-hitter. Skywalker offers a flavor-packed, happy-go-lucky sedation worthy of experiencing.

Skywalker typically tests between 15-23% THC, with less than one percent CBD. Skywalker produces an eloquent yet pungent balance of berries, earth, and wood sure to make the taste buds soar as high as the stars.

This is likely due to the fruitiness of Blueberry and the earthiness of Mazar. When smoked, the herb burns evenly, producing a thick yet light smoke. No cough required. Skywalker users can expect the flavor to temporarily hang long after the smoke is gone, complementing the lasting, satisfying high Skywalker is known for.

Skywalker is known to produce an unrivaled sense of euphoria making it easily capable of lulling you to bed with a smile on.

A cross between two long-time favorites in the global marijuana user community, Mazar and Blueberry, Skywalker is able to produce beautiful golden trichomes on a light-to-medium green bud with a flavor and effect backed by history.

Named after a city in Afghanistan, Mazar I Sharif, known as Mazar for short, is known to be deluxe in its capacity to deliver deep earthy flavor and heavy sedation.

Winner of the 2000 High Times Cannabis Cup indica category, Blueberry has remained in popular favor for years. The invigorating relaxation, both heavy and euphoric, has medical and recreational users salivating.

Skywalker can be grown easily indoors due to its short flowering time of 9 weeks and manageable height of between 4-6 feet. Each plant can yield as much as 18 ounces if you are lucky, and Skywalker is more resistant to mildews and molds, making it an easy plant to grow for a new grower.

Where to Find Skywalker

Skywalker can be found up and down the west coast, with some reports in Michigan, Colorado, and Arizona.