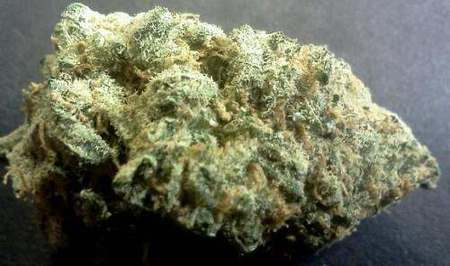 The LSD strain is named for the powerful, hallucinatory effects it delivers when smoked. This super-powerful indica plant was created by cross-pollinating Skunk #1 with a potent Mazar strain.

This hardy, disease-resistant cultivar is ideal for growing in all conditions. With just a little care and attention, the LSD strain will provide high-yielding, award-winning results. LSD weed produces a euphoric, almost psychedelic experience.

If you're keen to start your crop with the best quality seeds, look no further than Homegrown Cannabis Co. You'll find top-quality feminized seeds ideal for any rookie grower, with a germination guarantee for 100% peace of mind.

Don't let the name scare you. The LSD strain has made waves across the cannabis scene for its powerful psychedelic effects, but it's not related to its namesake in any other way.

LSD is a powerful hybrid strain developed from established cannabis genetics. The strain is an indica dominant hybrid, with 70% indica and 30% sativa. LSD scores above average for THC content, ranging from 16â??24%.

While the Skunk genetics deliver a robust, diesel aroma, Homegrown claim the strain has a roasted taste, reminiscent of chestnuts. When smoked, LSD has an intense, earthy flavor.

As the name suggests, the effects of LSD can be quite intense, especially if you're new to cannabis. Your journey starts as a euphoric, cerebral high and ends as heavy body relaxation.

Experienced smokers claim LSD boosts creativity, leaving them happy and relaxed. Some have also claimed the strain can induce hallucinations and other "trippy" effects.

LSD is not a strain for beginners or the faint-hearted. The visual distortions can be intense and overwhelming in some scenarios.

Negative effects are few but can include the usual dry eyes and mouth. Less regularly, consumers report paranoia, anxiety, or dizziness when smoking LSD weed.

The LSD seed and strain come from two indica-dominant parents. A legendary landrace Mazar strain hailing from northern Afghanistan was mixed with Skunk #1 to create LSD.

These genetics also contribute to the strain's resistant nature. You can find the best quality LSD seeds with a germination guarantee at Homegrown Cannabis Co.

Many growers say the LSD strain resists disease, does well in unfavorable conditions, and thrives both indoors and outdoors. Along with their robust nature, feminized LSD seeds from Homegrown Cannabis Co also remove the need to sex your cannabis plants.

When grown indoors, LSD flowers in 8 - 10 weeks, producing up to 21oz per square meter. Outdoor plants will be ready to harvest by the third week of September, delivering around 21oz of deliciously trippy weed per plant.

Where to Find LSD

The LSD strain is popular in Colorado and along the West Coast. You can get especially great deals in California and Oregon. If you're looking for a powerful and pain relieving mental stone, then look no further than LSD.

Check out Homegrown Cannabis Co for LSD seeds. They ship to all fifty states and will even teach you how to grow the best weed possible, through helpful guides and how-to's. Growing your own LSD buds is easy ONLY if you use a reputable supplier.