Your source for New Jersey cannabis

Is Marijuana Legal in New Jersey?▼▲

Where Can I Consume Marijuana in New Jersey?▼▲

New Jersey prohibits the smoking of marijuana in any public place, including any place where tobacco is prohibited under indoor clean air laws. Additionally, smoking marijuana is not to be done in a school bus or on any school grounds, at any correctional facility or detention center, or at any public park, beach, or recreation center.

The consumption of marijuana-infused products, such as edibles, or infused oils are able to be used discreetly in most public places. New Jersey prohibits the smoking of medical marijuana:

How Do I Get a Job in the New Jersey Marijuana Industry?▼▲

New Jersey requires medical center employees to carry an identification badge whenever performing marijuana-related activities at work. In order to receive the badge, you must first be a New Jersey resident age 21 or older.

Individuals seeking employment must not have been convicted of a felony charge or any criminal drug-related offense, such as distribution. In order to verify this, you must submit to a criminal background check, which may either be paid for by the alternative medical center or by the individual.

Is Drug Testing for Marijuana Legal in New Jersey?▼▲

Physicians, cardholders, caregivers, alternative medical centers are generally protected from discrimination when it comes to actions from any professional, civil, or administrative body.

Is Delivery of Marijuana Legal?▼▲

New Jersey does not allow the delivery of medical marijuana from the dispensary or alternative medical center to the cardholder. Caregivers may purchase and transport marijuana on the behalf of the cardholder.

How Do I Pay for Marijuana in New Jersey Dispensaries? ▼▲

Due to the continued federal prohibition of marijuana, banking for New Jersey dispensaries remains a challenge. Resultantly, dispensaries conduct sales with cash, primarily.

New Jersey began its journey into the medicinal use of marijuana in 2010 when lawmakers in the state government passed a bill enacting the “New Jersey Compassionate Use of Medical Marijuana Act”.

Created to provide those with debilitating conditions access to alternative practices, the program has led to a very impactful shift of public understanding and policy over marijuana.

After a cardholder has been certified as having one of the diseases or conditions approved by the New Jersey medical marijuana program, the state requires the physician to submit a medication order to the dispensing location, or alternative medical center, on behalf of the cardholder.

The order is to be dispensed in packages containing no more than 1/4th an ounce (seven grams) of marijuana or the equivalent in marijuana-infused products.

Two ounces is the generally-accepted possession limit as well, though there is no definite limit designated.

If a person who is neither a cardholder or caregiver is caught in possession of 50 grams or less (for reference, two ounces is roughly 56 grams), they are subject to fines up to $1,000 and as much as six months in a correctional facility.

Under the current marijuana laws in New Jersey, only licensed facilities may grow marijuana. Individuals, including those registered with the state as medical marijuana cardholders, caught in possession of growing cannabis plants are subject to mandatory minimum sentencing, which may include as many as five years in prison and fines of up to $25,000 just for having one or two small plants.

The Compassionate Use of Medical Marijuana Act specifically prohibits any registered cardholder from being in operational control of any vehicle, train, aircraft, or stationary heavy equipment while under the influence of marijuana.

Any individual caught operating a motor vehicle while under the influence of marijuana is subject to fines up to $500 dollars, a minimum of a seven-month suspension of driving privileges, and up to 30 days of jail.

Driving While in Possession of Marijuana

New Jersey allows any cardholder or caregiver active in the state registry to transport medical marijuana or marijuana-infused products as long as they are not being used while the vehicle is moving.

Caregivers are prohibited from consuming medical marijuana products under any condition. Transporting product to neighboring New York or Pennsylvania may lead to charges of interstate drug trafficking.

For qualifying cardholders, this means it is possible to take a trip around the Garden State with access to medical marijuana products.

Click the map to explore dispensaries in New Jersey. 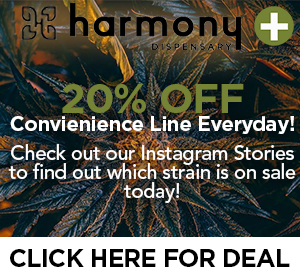