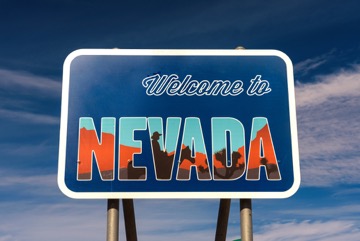 As one of only 10 states where marijuana is legal for recreational use, including neighboring West Coast states California and Oregon, Nevada is at the forefront of marijuana legislation and culture in the U.S.

But while Nevada legalized the recreational use of marijuana in 2016, Nevada's marijuana laws began almost 100 years prior when the state banned marijuana in 1923 amid a two-decade-long, nationwide anti-drug frenzy.

It wasn't until 75 years later, in 1998, that Nevada voters passed the first initiative legalizing medical marijuana in the state, 59 percent to 41 percent. However, per rules required of all constitutional amendments, voters would have to again pass the referendum two years later, which they did in 2000, with 65 percent of the vote.

Learn more about marijuana in Nevada 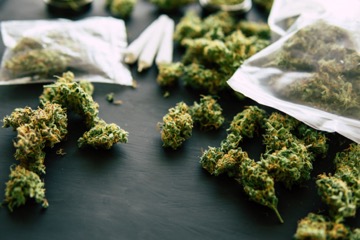 In 2001, Assembly Bill 453 further broadened the medicinal use of marijuana in the state for seriously ill patients, and also decriminalized possession of cannabis in amounts up to one ounce, which rescinded longtime Nevada marijuana laws that imposed harsh felony offenses for the possession of any amount of cannabis, no matter how small.

The next year, in 2002, Nevada attempted recreational legalization with Question 9, but the measure was handily defeated by 61 percent of voters.

In 2006, Nevada again attempted recreational legalization with Question 7, which allowed for a lesser possession maximum of one ounce, compared with Question 9's three ounces. However, the measure was still defeated by 56 percent of the vote.

Finally, on November 8, 2016, Nevada voters legalized the cultivation, possession, and use of marijuana in the state by passing Question 2 with 54 percent in favor of the initiative. The new law, which was enacted on January 1, 2017 when dispensaries opened to the public, allows adults over the age of 21 to possess up to one ounce of marijuana.

Yes, medical marijuana has been legal in the state of Nevada since 2000. Due to state laws, the referendum was passed twice by Nevada voters, once in 1998 and again in 2000, as is required by any Nevada constitutional amendment.

Is marijuana legal in Nevada?▼▲

Yes, legal recreational marijuana became law in 2016 with the passage of ballot Question 2, which legalized the possession and consumption of marijuana starting on January 1, 2017.

The law, however, did not define regulations and licensing procedures for the burgeoning industry beyond simple tax rules.

Where are the dispensaries located in Nevada?▼▲

As of June 2018, Nevada has more than 60 operational dispensaries. Nevada marijuana laws require at least one dispensary per county, but over 40 dispensaries are located in the greater Las Vegas area.

Are the Nevada dispensaries recreational or medical?▼▲

Of the 60+ operational marijuana retailers, most serve both the medical and recreational community, while only two dispensaries are medical-only.

Due to federal regulations, most banks and credit processing companies choose not to do business with marijuana dispensaries, so cash is still king. Some dispensaries accept debit cards, but run the cards as an ATM withdrawal, so be careful with those fees. Most dispensaries also have cash ATMs on the premises.

According to Nevada recreational weed laws, marijuana users over the age of 21 can grow up to six marijuana plants for personal use only if they live more than 25 miles from the closest dispensary. All personal grows must be located in a locked, enclosed space, and there is a maximum of 12 plants per household.

One common exception is for medical marijuana cardholders that lack the means or good health to travel to their local dispensary.

Medical marijuana cardholders aged 18 and older can purchase up to 2.5 ounces (70 grams) of marijuana or marijuana products every two weeks. Unlike most states' laws, there is no distinction made between marijuana flower, concentrates, or edibles.

Can you go into a dispensary when you're under 21 in Nevada?▼▲

No, Nevada dispensaries are for adults aged 21 and up, according to Nevada pot laws.

How old do you have to be to purchase marijuana in Nevada?▼▲

Do you need a medical card to buy from a dispensary in Nevada?▼▲

No, most dispensaries in the state serve both the medical and recreational markets, so as long as you are over 21 with a valid ID, you can purchase marijuana.

Do you need a medical card to enter a dispensary in Nevada?▼▲

No; like liquor stores, recreational dispensaries will serve anyone over the age of 21 with a valid ID.

If the dispensary serves only medical patients, you will not be allowed to enter or purchase product.

Nevada weed laws allow adults over 21 to possess up to one ounce of flower marijuana and 1/8 ounce of marijuana concentrate.

Medical marijuana cardholders, on the other hand, can carry up to 2.5 ounces of marijuana or marijuana-infused product, with no distinction made between flower, extract and edibles.

Public use of marijuana in Nevada is a misdemeanor offense, even for medical cardholders, so smoking and other types of cannabis consumption is best done in private residences out of the public view.

Under both recreational and medical marijuana laws in Nevada, public consumption carries a $600 dollar fine and up to six months in jail.

Since the law specifically prohibits marijuana use on federal land, courts, prisons, detention centers, and national parks and forests are off limits.

Due to the complex regulations of gambling and gaming that affect many businesses in the state, most hotels have found it less of a liability to specifically prohibit the use of marijuana in their casinos, rooms and common areas.

But if you're visiting Vegas, check out our blog for the best strains for a night on the strip, information about smoking weed at Las Vegas hotels, or just some fun things to do in Las Vegas while high

Due to restrictions on dispensary licensing and zoning in the state, marijuana cultivation is beginning to shift away from large-scale cultivators that may supply multiple dispensaries and towards vertically integrated dispensary/cultivator businesses that are interested in keeping their costs down.

And because cultivation licenses are not capped by Nevada marijuana laws, it is much easier for a dispensary to start a grow op than it is for a cultivator to start a dispensary, which may be prohibited from doing so if no more dispensary licenses in a given area are available.

Adults age 21 and older are able to cultivate up to six plants each, with a maximum of twelve plants per residence, only if the closest marijuana dispensary is more than 25 miles away, according to Nevada recreational weed laws.

All harvested cannabis in excess of one ounce must remain at home and cannot be sold or given to others.

All marijuana cultivation must be done in a locked, secure room or facility out of sight from the public.

Transporting marijuana in the state of Nevada is allowed as long as the total amount does not exceed the possession limits, which is one ounce for recreational, 21+ users and 2.5 ounces for registered medical marijuana patients.

Marijuana products must also remain unopened and out of reach of the driver during vehicle operation, much like existing alcohol laws.

But while you can travel with cannabis through the state, crossing state lines is tantamount to drug trafficking, even if exiting and entering states where marijuana is legal.

Simply put: Marijuana purchased in Nevada should stay in Nevada.

Is marijuana delivery legal in Nevada?▼▲

According to Nevada weed laws, delivery by a registered dispensary to a valid medical marijuana cardholder is currently legal in the state. So is the transportation of marijuana by a designated caregiver to a patient.

New regulations now also allow marijuana delivery by contracted employees that work with existing dispensaries to recreational users in the state. But while they can deliver product to you at home, they cannot deliver to any businesses, including any casino or hotel, and they can only carry a maximum of five ounces of marijuana and deliver up to only one ounce to each customer.

Marijuana and Driving in Nevada▼▲

Like with alcohol, driving under the influence of marijuana is a criminal offense and carries a fine and possible jail time. Nevada currently views the following limits as evidence of intoxication: While stoned driving is prohibited by Nevada cannabis laws, current methods of measuring marijuana and marijuana metabolite by law enforcement are poor representations of intoxication and are thus common defenses against marijuana DUI charges.

For the best dispensaries in Nevada, keep it right here on Leafbuyer.com. We've got all the top dispensaries in the hippest markets across the state, so whether you're looking for a dispensary in Las Vegas or Reno, we're here for you. Our search engine allows you to filter by type and rating, or just click below to jump to your city:

If you're looking to buy marijuana flower in Nevada, buy edibles in Nevada or buy concentrates in Nevada, you're in the right place. Leafbuyer is your one-stop shop to find the best deals from the top dispensaries, or even to track down some marijuana storage containers or marijuana growing supplies for the budding cultivator in all of us. So if you want the best in Nevada weed deals, check out our links below: