Avon Colorado is an affordable city to vacation as it is located just 15 minutes west of Vail. The town started in 1889 as a rail station and was called Avin. The town was renamed, Avon in 1978 as it was incorporated. The Town of Avon is located in Eagle County and has a population of 6447 based on the 2010 census. Because of its proximity to the ski slopes this makes it an ideal place for affordable lodging. Avon also has some great restaurants, nightlife and awesome local pubs. Ski enthusiasts from all over the world descend on Avon in the winter months and the towns economy benefits tremendously from the tourism dollar. It is estimated that the population triples during the height of the ski season making it a very active place for a small town. In regards to cannabis consumption the unfortunate situation is Avon voted not to allow medical or recreational dispensaries within the city limits and has continued to vote against the use of marijuana. If you are looking for a medical or recreational dispensary near Avon you do not need to look far. Sales of marijuana outside of Avon is allowed and there are currently 5 dispensaries open for marijuana sales. Rocky Road Remedies, High Country Healing, Herbal Elements, Native Roots, and Roots RX. These dispensaries are located right outside of Avon and Vail along I-70. These dispensaries grow some of the best Colorado marijuana in the country making Avon a great place to stay. Be aware, while consuming marijuana in private is legal in the state of Colorado, this does not mean you can openly consume Marijuana products in public. Avon has taken a hard line and will make arrests for people openly consuming marijuana or cannabis related products. Also please use responsibly as skiing while high can pose a danger to you and those around you. Please make sure you follow the local laws of Avon regarding marijuana consumption. 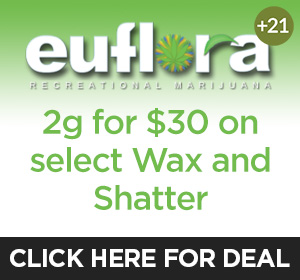