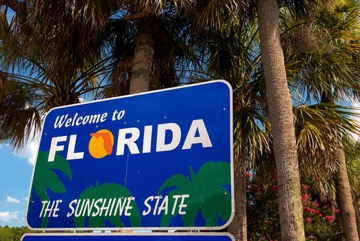 On October 16, 1933, Victor Licata, a Florida resident, brutally murdered his parents, two brothers, and a sister with an axe while they slept. Long a sufferer of mental illness and nearly institutionalized by authorities before the murders, the 21-year-old Licata was framed as the poster boy of marijuana mania by the media, who called him an "addict" and used the murders to stoke fears about the unknown drug and its Hispanic user base. Even the 1936 propaganda film Reefer Madness was said to have been heavily influenced by the Licata murders.

But while prohibitionists used the Licata killings to spread misinformation about marijuana use and the psychology of its users in the following years to enact strict marijuana laws across the country, even decades later the Licata murders were still being referenced for political purposes, as seen in the United Nations' 1966 Bulletin of Narcotics report, "Marijuana and Crime," which relied on long debunked mischaracterizations of marijuana's influence on Licata and his crime.

It wasn't until March 20, 2014 that Florida marijuana laws were revised with the passage of CS/HB 843, also known as the Charlotte's Web measure, which allowed so called low-THC / high-CBD marijuana of 0.5 percent or less THC and more than 15 percent CBD for medicinal use.

Learn more about marijuana in Florida 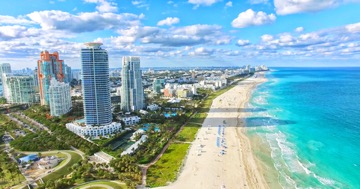 The same year, Florida voters narrowly missed passing Amendment 2 on November 4, 2014, which sought to legalize medical marijuana throughout the state. Introduced that year by a 4-3 vote of Florida's Supreme Court after a challenge brought by the bill's supporters waived the nearly 700,000 signatures needed to qualify for the year's ballot, the bill garnered 57.6 percent of the vote, just missing the 60 percent supermajority needed for a state constitutional amendment.

Two years later, Amendment 2 was again on the ballot and this time easily passed with over 71 percent of the vote on November 8, 2016. Aiming to help alleviate the pains associated with debilitating diseases such as cancer, epilepsy, HIV/AIDS, ALS, Parkinson's and others, the law gave doctors the ability to prescribe marijuana to qualifying patients, but, strangely enough, smoking marijuana was not allowed -- the law included provisions that allowed only vaping, edibles and other applications such as oils, sprays, and pills. It took almost two years for a challenge to hit the courts when Leon County Circuit Court Judge Karen Gievers ruled the ban on smoking unconstitutional, and a year later in March 2019 a new bill removed the smoking ban once and for all for all medical marijuana patients.

Yes, in 2016, Floridians passed Amendment 2, which legalized medical marijuana use in the state. The constitutional amendment followed an unsuccessful vote in 2014 and the important but limited "low-THC / high-CBD" marijuana law, also known as the Compassionate Use of Low-THC and Medical Cannabis Act or the Charlotte's Web measure, which allowed the medicinal use of CBD oils in the treatment of seizures, but provided no regulatory framework or oversight and effectively put the burden of the entire program on physicians and patients themselves.

Is weed legal in Florida?▼▲

No, Florida does not allow recreational-use marijuana. Only medical marijuana patients can buy, possess, and use marijuana in the state.

Where are the dispensaries located in Florida?▼▲

With over 100 retail locations in the state, Florida's dispensaries have more than doubled the 40 or so stores that existed for much of 2018. That said, most of Florida's medical marijuana dispensaries are in major cities on the coast, though there are many in Orlando and other central areas.

Like many other states, the actual regulation and licensing of medical marijuana law can artificially limit demand, or at least access, to legal marijuana. Currently, there are only a dozen or so medical marijuana organizations with active licenses in the state, each covering a specific county or geographic area. This is largely due to provisions in Florida marijuana laws that allow local city and municipal governments the authority to limit or otherwise ban the operation of medical marijuana dispensaries in their jurisdictions.

Are the Florida dispensaries recreational or medical?▼▲

All licensed marijuana dispensing facilities are for medical marijuana cardholders.

The state of Florida has yet to pass legislation allowing the adult use of recreational marijuana, and all recreational purchases, transportation and consumption remains illegal.

For more on how you can legally obtain marijuana in the state, check out our Florida Medical Marijuana Buyer's Guide.

Due to the continued federal illegality of marijuana, banks and other financial institutions are reluctant to do business with marijuana dispensaries. Thus, almost all marijuana businesses are cash only. However, many dispensaries have ATMs on site and may be able to run your debit card as an ATM transaction.

Florida marijuana laws do not allow the cultivation of marijuana for medical or recreational purposes.

Given that you are not protected by state law, we suggest abstaining from any marijuana cultivation as even a handful of plants can be considered a felony that carries a five-year jail sentence.

Under the 2014 Compassionate Use of Low-THC and Medical Cannabis Act, patients were not allowed to purchase marijuana -- their doctors actually had to source it themselves from an approved medical dispensary and give it directly to their patients.

In 2016, the passing of Amendment 2 ordered the creation of a regulation "that defines the amount of marijuana that could reasonably be presumed to be an adequate supply for qualifying cardholder's medical use, based on the best available evidence. This presumption as to quantity may be overcome with evidence of a particular qualifying cardholder's appropriate use."

As of July 2018, the Office of Medical Marijuana Use has defined a 70-day supply as being adequate, and allows up to 2.5 ounces of smokable marijuana to be purchased every 35 days. The possession limit is four ounces at any one time.

Can you go into a dispensary when you're under 21 in Florida?▼▲

No matter your age, dispensaries in Florida are only for medical marijuana patients.

How old do you have to be to purchase marijuana in Florida?▼▲

According to Florida marijuana laws, marijuana is only legal in the state of Florida for approved medical purposes, no matter your age.

Do you need a medical card to buy from a dispensary in Florida?▼▲

Yes, you may only buy marijuana from a medical dispensary in the state of Florida if you are a registered medical marijuana cardholder, caregiver, or physician.

Do you need a medical card to enter a dispensary in Florida? ▼▲

As of July 2018, the Office of Medical Marijuana Use has defined a 70-day supply as being adequate for medical marijuana patients, and allows 2.5 ounces of smokable marijuana to be purchased every 35 days.

The possession limit for medical marijuana cardholders is four ounces.

If you are not a medical marijuana cardholder, marijuana possession is a crime and is punishable by misdemeanor or felony charges and fines up to $5,000, depending on the amount of marijuana held at the time of arrest.

Florida Consumption - Is smoking legal? Are edibles legal in Florida?▼▲

Originally, Florida marijuana laws mandated that marijuana may be consumed only by vaping or other means such as edibles, oils, tinctures, sprays, and pills, leaving marijuana smokers without protection under 2014's Compassionate Use of Low-THC and Medical Cannabis Act.

Amendment 2, known as the Florida Medical Marijuana Act, in 2016 sought to remove the restriction on smoking while also making full-THC cannabis available, but it took a Florida judge to rule the smoking regulation unconstitutional in 2018 before lawmakers passed a bill in March of 2019 that removed the smoking ban.

Growing up to 25 plants is a felony charge, carries a $5,000 fine and up to five years in prison.

Medical marijuana patients are not allowed to grow marijuana for personal or any other use unless they are a licensed marijuana cultivator of the state.

Even with a medical marijuana card, you are not allowed to grow marijuana at home or anywhere else.

The state of Florida does respect other states' medical marijuana programs and cards, but bringing in marijuana from another state is federal drug trafficking, so don't even think about it.

Is marijuana delivery legal in Florida?▼▲

Marijuana and Driving in Florida▼▲

While weed laws in Florida allow for the transportation of marijuana for medicinal purposes, no person can operate any aircraft, boat, train or any other motor vehicle while under the influence of marijuana. It's a DUI, and, like alcohol, it can land you in jail, suspend your license, and burn a $1,000 hole in your wallet.

If you're looking for marijuana dispensaries in Florida, Leafbuyer is here to help. You can use our map to find a location near you, or even a dispensary that offers delivery. We can also help you find a 420-friendly doctor if you're just getting started on your medical marijuana journey. Or just click a link below to jump right to a list of dispensaries.

For the best weed deals in Florida, Leafbuyer has you covered. So whether you're looking for weed deals in Tampa, Jacksonville or Miami, you'll be able to find the right dispensary with the best deals all organized for you on Leafbuyer -- because buying weed should be easy, and so should getting a great deal. 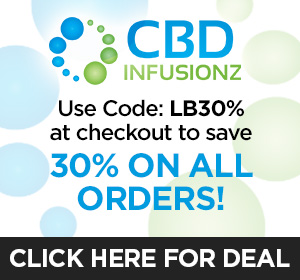