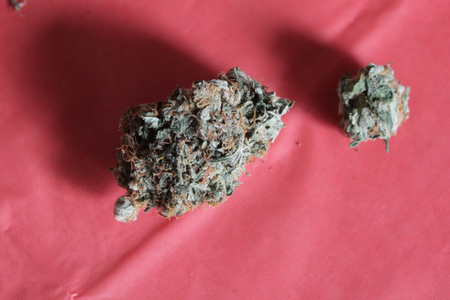 Vanilla Kush is as easy to grow as it is to love. The heavy indica strain produces short, stocky plants with varying densities and THC consistently in the twentieth percentile. Barney's Farm, a prolific Dutch seed bank, scored second place in the Cannabis Cup in 2009 with Vanilla Kush.

Perhaps due to its international roots, Vanilla Kush makes waves in every cannabis market it touches. Notably, Barney's Farm won second place in the 'best coffee shop and strain' title in 2009. Vanilla Kush leans to the indica side, and its high levels of THC (usually around 20%) render theVanilla Kush a powerful strain.

The Barney's Farm team claims that Vanilla Kush is 'one of the most full-flavored and potent we've ever offered.'

The Cannabis Cup first introduced Vanilla Kush to Colorado consumers in 2009. The brief competition has since inspired the Centennial State's growing population of marijuana users to search out the strain, including a cannabis reporter at Westword, an independent Denver publication.

In the review, writer and 'resident stoner' Herbert Fuego celebrated the 'zesty' and f'loral' notes of lavender and vanilla in the strain's flavor profile. These scents persisted throughout repetitive hits and fostered a pleasant sense of calm, reports Fuego. Vanilla Kush matched up with its lulling aroma, creates heavy eyelids and emptying my brains before ultimately putting me to sleep.

Due to its intense relaxing properties, experienced users recommend using Vanilla Kush during the evening or before bed.

Negatives effects are few but most commonly manifest as dry mouth and dry eyes.

Vanilla Kush, crossbred between Afghani and Kashmir landrace strains, possesses the charming and potent experience sought by cannabis lovers. Vanilla Kush is an internationally loved indica strain bred in the unofficial center of the cannabis universe: Amsterdam. However, the breeders at Barney's Farm cultivated this strain by borrowing the mother plant from Kashmir, India.

Vanilla Kush can thrive in both indoor and greenhouse growing operations. The easygoing plant requires minimal upkeep to grow short, multi-branching plants (50 to 100 cm). Vanilla Kush harvests within 50 to 60 days and can produce over 600 grams per square meter.

Vanilla Kush is as easy to grow as it is to love. The heavy indica strain produces short, stocky plants with varying densities and THC consistently in the twentieth percentile.

Where to Find Vanilla Kush

Vanilla Kush is rare, yet it is available in nearly every legal market. Check out our Dispensary Locator to find Vanilla Kush near you!