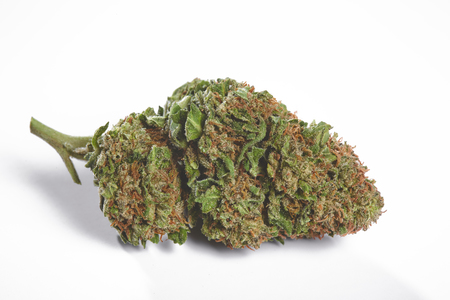 Super Skunk is a prize-winning and studied cannabis strain produced by the marijuana masters at Sensi Seeds. The indica hybrid strain is a testament to evolving industry practices and preferences. Released in 1990, Super Skunk quickly made its mark on the international cannabis scene and became sought after for its analgesic body high and ability to induce a sense of euphoria. Super Skunk is prized among consumers and cannabis producers for its high production and THC potential. Super Skunk strains report THC content around 20% and highs that can last for hours.

Super Skunk is an indica dominant hybrid. Its genetics consist of 65 percent indica and 35 percent sativa. Like its indica ancestors, Super Skunk possesses robust and resinous flower favored by indica fans. The buds appear mostly green but can have undercurrents of brown and orange hues while a thick layer of short trichomes coats the dense colas. Super Skunk fans covet the legendary colossal colas this strain can produce.

Super Skunk's pungent, piney, yet semi-sweet scent surprises cannabis smokers. Few first-hand accounts also report notes of cheese in the aroma. When smoked, however, the flavor is cleaner, sweeter, and fruitier than the smell.

Super Skunk owes some of its popularity to its stellar THC content. This strain averages around 20 percent THC, but potency can climb all the way up to 28 percent.

Super Skunk induces a substantial, indica-tinged stone. This strain has a tendency to foster a spacey and happy high, with plenty of giggles and improved creativity to improve the experience. Many consumers report a mounting euphoria, which blends nicely with sedating physical effects to provide a blissful experience.

If you are watching your food intake, you may want to avoid Super Skunk, as it tops the ranks of classic munchie-inducing strains. Because this strain is so strong, new consumers should be careful of how much they put away at once.

Sensi Seeds, a famed Amsterdam seed bank that claims its 1985 founding renders the company one of the oldest hemp seed bank and producers in the contemporary cannabis world, is responsible for Super Skunk's creation and cultivation.

The strain is reportedly Sensi Seed's first hybrid breeding project that incorporates Afghani lineage. Sensi Seeds claims that this combination adds flavor, potency, and weight to the "always-reliable" Skunk #1 strain. The seed bank bred Super Skunk to create a strain whose commercial potential, potency and hybrid vigour had never been seen before. After years of experimentation, Sensi Seeds released a finalized Super Skunk strain to the cannabis community in 1990.

Plants can thrive under the guidance of amateur and experienced growers alike; the strain's flexibility and adaptability inspire Sensi Seeds to label the strain as 'one of the only cannabis strains that may require more experience to smoke than she does to grow!'

Where to Find Super Skunk

Budtenders everywhere should be familiar with this strain. Super Skunk is popular all over the United States, but some of the best deals can be found in Oregon and California.